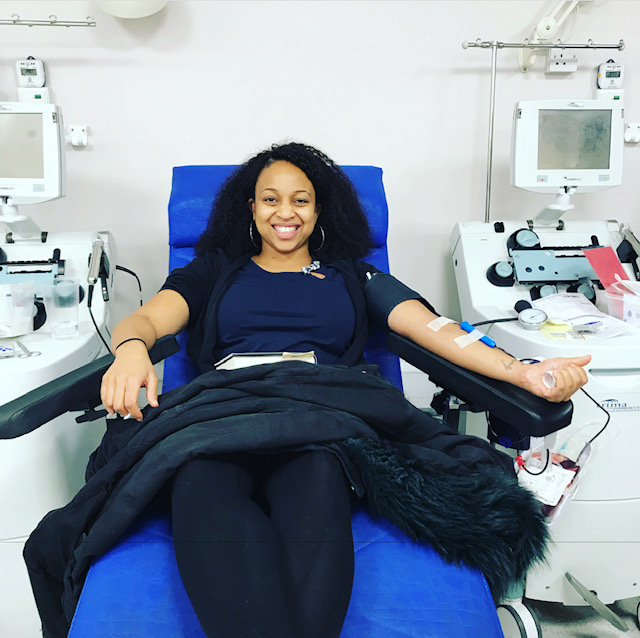 Sickle Cell Disease and Multiple Myeloma affects thousands of people throughout the world. Sickle Cell Disease is most common among those whose ancestors come from sub-Saharan Africa, Spanish-speaking regions in the Western Hemisphere, Saudi Arabia, and other Mediterranean countries while Multiple Myeloma is most common in Australia, North America, and Western Europe.

Sickle Cell Disease also known as SCD, is a group of inherited red blood cell disorders. Healthy red blood cells are round and they move through small blood vessels to carry oxygen to all parts of the body. In someone who has SCD, the red blood cells become hard and sticky and look like a C-shaped farm tool called a “sickle”.

The sickle cells die early, which causes a constant shortage of red blood cells. Also, when they travel through small blood vessels, they get stuck and clog the blood flow. This can cause pain and other serious problems such as infection, acute chest syndrome and stroke.

Sickle cell trait, also known as SCT, is an inherited blood disorder that affects approximately 8 percent of African Americans. Unlike SCD, in which patients have two genes that cause the production of abnormal hemoglobin, individuals with SCT carry out only one defective gene and typically live normal lives without health problems related to sickle cell. Rarely, extreme conditions such as severe dehydration and high-intensity physical activity can lead to serious health issues, including sudden death in individuals with sickle cell trait.

So why are African Americans Affected More?

SCD and SCT impact African Americans at disproportionate rates. This is simply because they both are evolutionary traits that individuals develop in response to help protect them from malaria. Around 50% of the global population live in areas where malaria exists.

Multiple Myeloma also known as MM,  is a cancer of plasma cells. Normal plasma cells are found in the bone marrow and are an important part of the immune system. The immune system is made up of several types of cells that work together to fight infections and other diseases.

Lymphocytes (lymph cells) are one of the main types of white blood cells in the immune system and include T cells and B cells. Lymphocytes are in many areas of the body, such as lymph nodes, the bone marrow, the intestines, and the bloodstream.

When B cells respond to an infection, they mature and change into plasma cells. Plasma cells make the antibodies that help the body attack and kill germs. Plasma cells are found mainly in the bone marrow. In general, when plasma cells become cancerous and grow out of control, that is what’s called MM.

So Why are African Americans Affected More?

It’s not completely clear why multiple myeloma is more common in African Americans, but researchers have found some contributing factors. A 2014 study of nearly 12,500 patients found that blacks are more likely than whites to have a condition that increases risk of MM. The condition is called monoclonal gammopathy of undetermined significance or MGUS.

MGUS occurs when your blood contains an abnormal protein called M protein. Almost all MM patients have MGUS. There’s also different types of MGUS that exist. Researchers also think that both environmental factors such as radiation and exposure are probably involved.

The National Bone Marrow Registry is so important for individuals with Sickle Cell Anemia and Multiple Myeloma. This stresses the importance of not only African Americans joining the registry but Asians, Hispanics, and Multi-Racial individuals.

To learn more about Sickle Cell Anemia or Multiple Myeloma, please email us at charis.taylor@theregoesmyhero.org or call us at 443.339.4376.