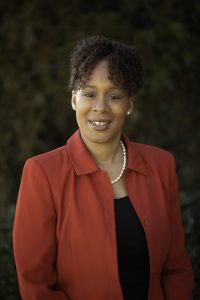 Geneau Thames, a member of Hero’s board as well as an Acute Myeloid Leukemia Survivor, speaks out to encourage African Americans to join after her personal experience with fighting leukemia. I had the pleasure of interviewing Geneau, to ask her a few questions that truly shed light on the importance of diversifying the registry.

“I was diagnosed with AML on July 28, 2016.  Understandably, it is a day that I will never forget.  My diagnosis has since shifted both my own and my family’s perspective, outlook, and every action that we’ve taken since that fateful day.  Unlike what I have since learned from other AML survivors, I had no symptoms that I could readily discern.  I had simply gone to the doctor for an annual physical. Prior to the appointment, I had routine blood work done and felt fine other than minor fatigue, which I attributed to being a busy mom who works in a fairly demanding career.  The bloodwork showed some abnormalities and at the PA’s assistance, I engaged in further testing.  Within two days from that doctor’s appointment, instead of heading to Bermuda for our much anticipated family vacation, I found myself admitted into Johns Hopkins where I would spend the next 33 days in induction chemotherapy engaged in a fight for my life.

At the time of diagnosis, I was a 38 year old married mother of 3 children who at the time, were ages 8, 11 and 17.  It should come as no surprise that my husband who I freely admit then and more so now, is the love of my life and together with our 3 children, share our entire heart. We were shell-shocked by the news and heartbroken by the forced separation due to my time in the hospital, to attend various doctor appointments, and subsequent medical treatment. However, after the initial shock, we adapted and are much stronger as a result.  We’ve learned to truly enjoy the fun discovered by the oftentimes mundane aspects of life.”

“After the initial shock, I would say that I had an extremely positive outlook.  I am a fighter by nature based on my upbringing and background, having grown up in a single parent household in the Bronx, New York. To me, this was another fight that had been placed before me and failure was just NOT an option.

There’s a saying that God gives his toughest battles to His greatest warriors (or something similar). This led me as a devout Christian to believe that if God chose me for this battle, then I was strong enough to endure it.  I didn’t want to leave my husband without a wife, my children without a mother or my parents without their child, without fighting as hard as I could within what I could control.

I embraced my treatment and attacked it.  I did everything the doctors asked of me. I exercised regularly doing whatever my body would allow and even at times when I thought my body wouldn’t allow it. I tried to do what I could when I could with the sole aim of getting better and trusting the science and research to heal me.”

Explain the importance of African Americans joining the registry.

We are a community through which our very foundation is built upon using the village to take care of the child. In short, we take care of our own.  Ensuring that an adequate number of minority or underrepresented individuals are on the National Bone Marrow Registry is a community issue that requires a community response to combat and is emblematic of the core principles upon which our community is founded.”

Advice you would give an individual who has reservations about joining the registry.

“American history relating to the medical genocide of African Americans is undisputed.  It is a dark and ugly truth that we simply cannot and should not escape.  However, since these occurrences, the laws and protections against these types of abuses have changed for the better. I am living proof that the National Registry is being used for its intended purpose, which is to save the lives of those affected by blood cancers and similar disorders.

Today, that 38 year old mother is now a 43 year old with 3 kids ages 13, 16 and 22, nearing 19 years of marriage to the man that remains the absolute love of her life.  I would not be here but for having undergone a bone marrow transplant. I urge anyone who is healthy and willing to register for the National Bone Marrow Registry so that we can continue to give this gift of life to others.”

Hero’s Color the Registry initiative seeks to diversify the bone marrow donor registry so that the registry will reflect the demographics of the United States at large. We aim to offer hope to all patients in need of a bone marrow transplant no matter their ethnic or racial background.

To learn more about African American Bone Marrow Awareness month or the importance of diversifying the bone marrow registry, please email us at charis.taylor@theregoesmyhero.org or call us at 443.339.4376 ext. 102.