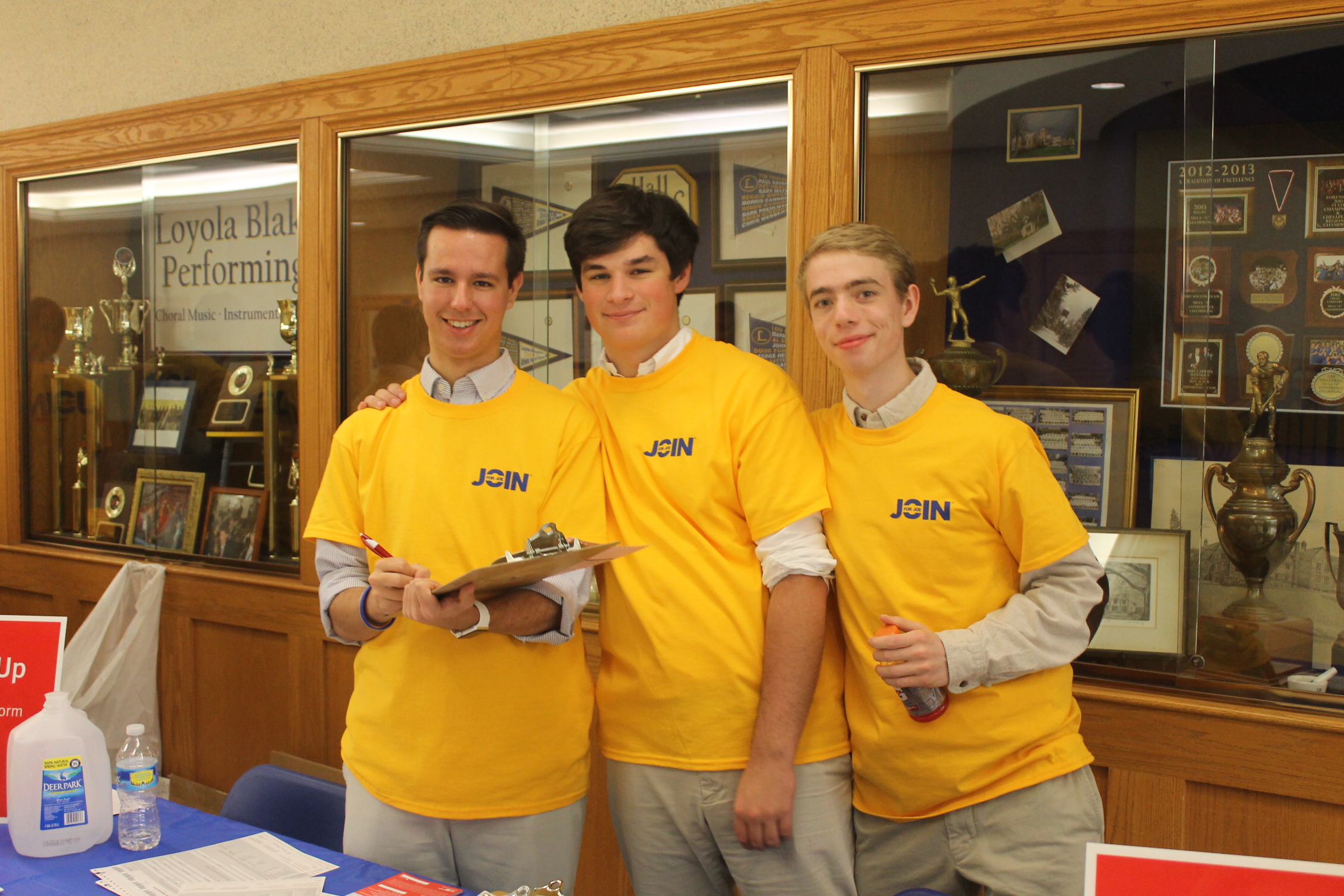 Join For Joe bone marrow drives are all about paying it forward. People sign up to join a global registry that may lead them to become a “match,” and later a donor, for a leukemia patient. There are countless stories of individuals donating bone marrow to a stranger, saving their life, and becoming their hero in the process. Adding more people to the registry means that more patients have another shot at life, so those directly affected by leukemia are extremely passionate about holding drives and expanding the pool of potential donors. When enough people do it, there’s a noticeable difference. Join for Joe’s mission is paying it forward. But that’s not where it started.

Nine years ago, 886 people were registered at the first Join for Joe Bone Marrow Drive, and I’d say it’s safe to assume that the vast majority of them showed up for Joe Gorman. He was fourteen years old and had already been fighting leukemia for almost two years. In June of 2010, I went to see a movie with Joe while our moms got lunch. I learned on the way home that he needed a bone marrow transplant to have any chance at survival, and, of course, at fourteen, I had no idea what that meant. At the time, I understood two things: his immediate family members weren’t matches, and he needed to find one to survive. His only chance was the registry, and we set out to get as many people as we could to Join for Joe.

Two months later, on August 17th, the drive came into being. The turnout at Loyola Blakefield speaks for itself, but I’d argue that the volunteer turnout was even more impressive. In the weeks leading up to the event, there was a considerable amount of work that went into planning, marketing, and coordinating, and everyone did more than their share. I won’t speak for the adults at the time, but the actual day of the drive was different: there were far more student volunteers than there were jobs. There were that many people. We rotated through, doing as much work as we could before it was someone else’s turn. When we weren’t working, we were just hanging around with Joe.

He was a rock star that day, but I’m not sure he realized it. Sure, he got pulled aside by multiple TV crews for interviews, but he spent a lot of time hanging out with friends. He sort of blended in by playing cards and talking sports just like the rest of us, but he also stood out. Everyone who came that day saw how strong he was. Nine years later, it’s still hitting me how much of an impact that kid had by doing nothing other than being himself. The drive was an all-day event, and I think it’s telling that there was a continuous flow of people from the morning through the late afternoon. Word travels. Even in 2010, social media was everywhere, and I believe that people seeing Joe there, whether it was on the news, Facebook, or in a text from a friend, made them want to come.

In a way, the story doesn’t have a happy ending. Joe eventually did find a match on the registry, but his cancer was ultimately too strong. He passed away in March of 2011. Our response was to continue Join for Joe, and there was a natural next step. The minimum age to join the registry is 18, so the majority of Loyola students at the time of the first drive couldn’t sign up. This led to the creation of “Senior Swab Day” that Spring, where we held a drive focused on swabbing Loyola seniors.

It’s been repeated countless times that Joe wanted every leukemia patient to have a chance at life, and this is just another way to say “pay it forward.” The first year, Senior Swab Day was small, and slowly but surely, we grew. I remember going to Maryvale Prep with a friend to give a speech about who Joe was and what this cause meant to us when I was in high school, and I was shocked by how easy it was to write. I was tasked with talking about a teenager who was given a second chance at life by a stranger and fought until his last breath while telling people how they can be that hero for someone else. That script practically wrote itself.

Drives have now been held at 13 Baltimore-area high schools and have continued annually with the help and support of the amazing nonprofit There Goes My Hero. The total number of people that have swabbed via Join for Joe is now north of 2600, which even now sometimes still feels surreal. We’ve had a handful of people identified as matches, and some of these heroes were eventually selected as donors. People have gotten a second chance at life because of him. It’s not even just through Join for Joe, either. When my mom taught Intro to Marketing at Loyola University, she decided she wanted to hold a bone marrow drive during their annual Relay for Life event. Promoting the event campus-wide was a class project, and her students crushed it. Although this wasn’t a Join for Joe drive, it wouldn’t have happened without him.

It’s no secret that portrayals of people by the media aren’t always accurate and can be altered to tell a certain story. People are told what they want to hear. Although this did happen with Joe once, when a story on the local Baltimore news claimed “he loved his Ravens” (his NFL loyalties were firmly with the New England Patriots), everything they ever reported about his courage and compassion is 100% accurate. He truly did want every patient to have a chance at life, and that’s why Join for Joe exists today. We continue to pay it forward, and it all began with one kid who kept fighting.

Now, there are a number of people who owe their lives to him for that.