When Erik Sauer was diagnosed with Leukemia in 2008, his family members were not a bone marrow match. However, a 19-year-old woman, Isabel Hagen from Germany, was a match for Erik. Erik had no knowledge of who his donor was until the fall of 2010. At that time, Erik and Isabel started communicating by letters and e-mail, despite a slight language barrier.

Erik met his donor for the first time on September 27th, 2011, when Isabel landed at BWI Thurgood Marshall Airport. Erik said, “I have so many emotions inside me about my visit with Isabel. This young woman saved my life and never even knew me. I was excited, happy and nervous all at the same time. It is because of Isabel’s generosity and selflessness that I am alive today and created There Goes My Hero Foundation.” 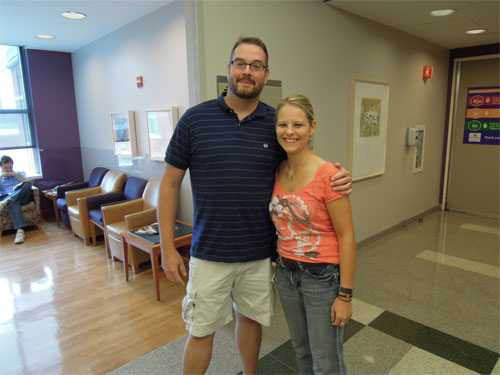 Isabel spent the better part of a week with Erik, his wife Lisa, and their two children Ian and Joey. Isabel took a whirlwind tour of the East Coast with visits to Baltimore, Washington, DC, Philadelphia, Boston, and New York City. Erik commented that “Isabel is like the little sister that I never had!” 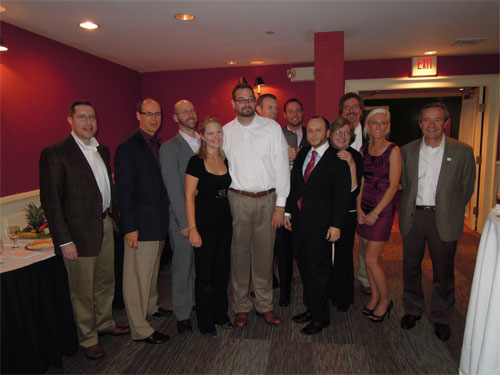 Erik and Isabel, along with Hero Board Members and guests, at a reception in Isabel’s honor.

While visiting the area, Fox 45 took interest in Erik and Isabel’s story and conducted a brief interview with the two of them. View the Fox 45 interview here.