My sister had been fighting leukemia for five years, and the time had finally come for me to attempt to help cure her cancer. The night before and morning of the transplant I had to fast; I think my last meal was orange chicken and chow mein from Panda Express. My mother brought me a stuffed panda from the restaurant that day — she thought it would be nice for me to have a “friend” with me during the donation process. 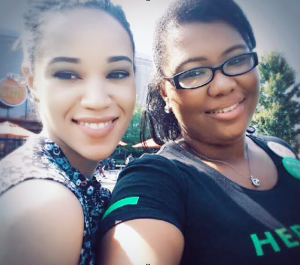 On June 15, 2012,  I got out of bed early and still in my pajamas to go to the hospital for a catheter placement.Typically bone marrow donors use an IV extraction method through the forearm. In my case, the doctors decided to use a catheter because the donation process is quicker and has less blood waste. I went into an operating room with my little panda in hand where I was put under anesthesia. When I woke up, the doctors had inserted a catheter that ran two lines down into the veins above my collarbone.

As the anesthesia wore off, I don’t remember that much; I couldn’t even tell you how I got out of the operating room and back into my pajamas. I was hooked up to machines to start the donation process and was in and out consciousness during the first two hours. Each time I opened my eyes, one of my family members was standing in front of me, or my mom trying to get me to eat something. One of the times I opened my eyes, my sister was standing in front of me crying wondering if I was okay. She was more worried about me than herself, and I remember laughing to myself because I knew I was fine and just really high from the drugs. I told her I was okay and to stop crying. She looked so sad, but I knew it was just because she really loved me.

When I was finally fully awake, I looked down and saw my little panda sitting next to me on the bed and a plate of eaten eggs and sausage that I didn’t remember eating. During the donation I felt no pain. The doctors did a really great job making sure I was comfortable and prescribed oxycodone for any discomfort I may have felt from the catheter.

The donation only took a few hours and afterwards I was checked to make sure I was okay and sent back to my hotel room. My sister was allowed to come visit me at the hotel. She laid in the bed next to me and was so sick from the chemo that she couldn’t stop vomiting. She put the trash can in between the two beds and puked right in front of me. I was a little frustrated because my back was hurting, but even though my sister was really sick, she got up out of her bed in between throwing up and put Bengay on my back to help with my discomfort. That was really nice of her.

The next day Jonell was given my blood stem cells and the first stage of the transplant seemed successful. The doctors kept my catheter in for about three days, just in case they needed to do another extraction. That turned out not being necessary because I produced about four times the amount of cells than the average person. The doctors and our mom couldn’t stop talking about how rare that was and how valuable my cells might be. After the third day, my catheter was removed by a doctor who simply removed the bandages and tape holding it in place and pulled it out by hand. Afterwards I had a small scar on my neck from the incision site that went away after a few months with the use of cocoa butter.

The week after transplant Jonell was doing great. She stayed in the hospital for a week to do additional chemo before going home. For the next few months, she completed an outpatient program starting with going to the hospital everyday, to twice a week, to a few times a month, then down to only once a month. The chemo Jonell endured destroyed her immune system;  she was told she wouldn’t have her life back for another year to give her body the time it needed  to rebuild and recover, but Jonell proved them wrong. Seven months after her transplant, she returned to work. On January of 2013, Jonell was told that she was in remission and has been cancer-free ever since.

After the transplant, my mom told me how proud of me she was, and that she believed she had one child in order to save another. My family considered me a hero, but I was no hero at all. In my mind, being my sister’s donor was something I was supposed to do; something I had to do. For me there was no option or even the slightest thought that I had a choice. Being a part of the process of saving someone’s life would never be something someone would have to ask me to do.

To see how grateful and appreciative my sister was throughout the process and even today, has forever changed my life. I will always admire her strength. Throughout the entire transplant process she was more worried about me and making sure I was okay rather than herself. Back then I never understood why and thought maybe she was just being emotional because of the pain meds she was on. I have come to realize that wasn’t the case at all. Jonell loved her life, she has goals and dreams. The thought of those dreams being taken away was the worst pain she ever felt. But knowing that there was a light at the end of the tunnel with me standing there, gave her hope.

If I ever got the call to donate again, even to a stranger, I would, no questions asked.