In March of 2014, sports reporter Nestor “Nasty” Aparicio’s wife Jenn was diagnosed out of the blue with leukemia, just like some 50,000 people each year in the United States. Jenn has an extremely rare form of leukemia that has characteristics of both lymphoblastic and myelogenous leukemia, and the hope is that a bone marrow (stem cell) transplant will eradicate the disease. Jenn’s immune system will have to be replaced with that of someone else, just like Hero’s founder Erik Sauer had his immune system replaced with that of a 19-year old woman from Germany. Healthy bone marrow stem cells repopulate bones and the diseased cells disappear. Jenn is really lucky that she has found an unrelated donor on the registry and she’ll be getting her new cells shortly. But, six out of ten patients won’t find a match on the registry simply because not enough people have swabbed. Wouldn’t it be awesome if every person waiting for a match could find one?

That’s what we think, and that’s what Jenn and Nestor think too. 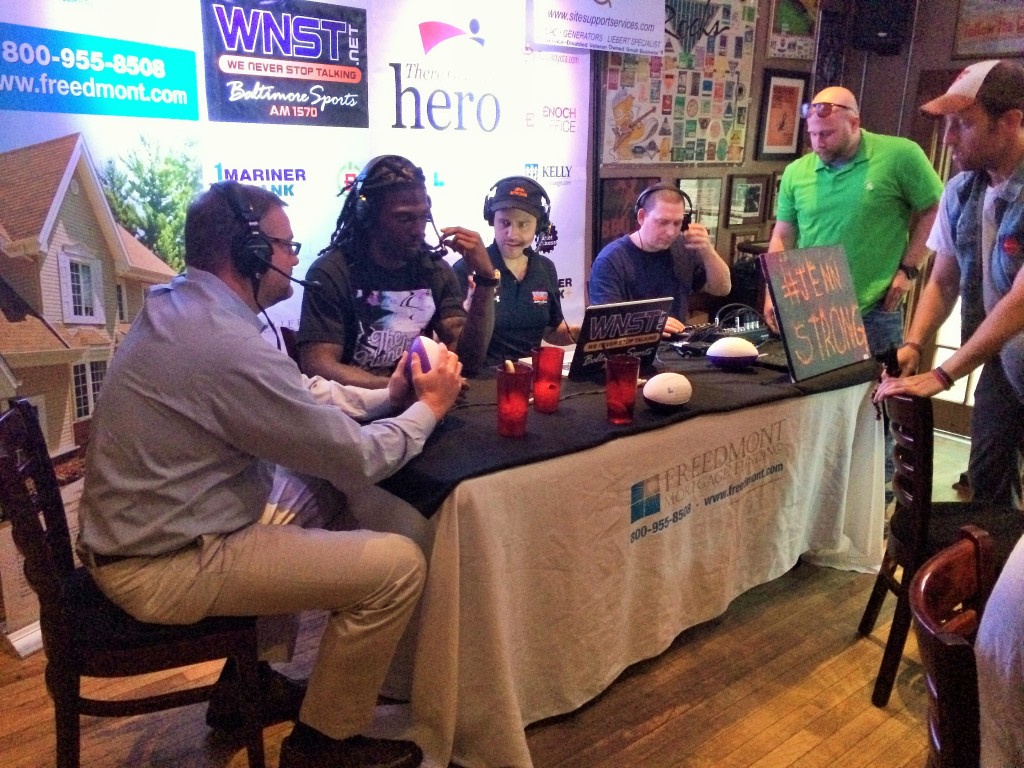 There Goes My Hero founder and leukemia survivor Erik Sauer on the radio with Nestor Aparicio and Marlon Brown of the Baltimore Ravens at Hightopps in Timonium.

Nestor reached out to Erik and wanted to do everything he could to get the word out about swabbing and getting people on the registry.  There Goes My Hero has been teaming up with WNST, #JennStrong, and the Baltimore Ravens for a series of bone marrow registry drives to help everyone that’s looking for that perfect match. We’ve already had drives at the Ravens Draft Day at M&T Bank Stadium, Hightopps Bar and Grille, Buffalo Wild Wings, and Adams Jeep. 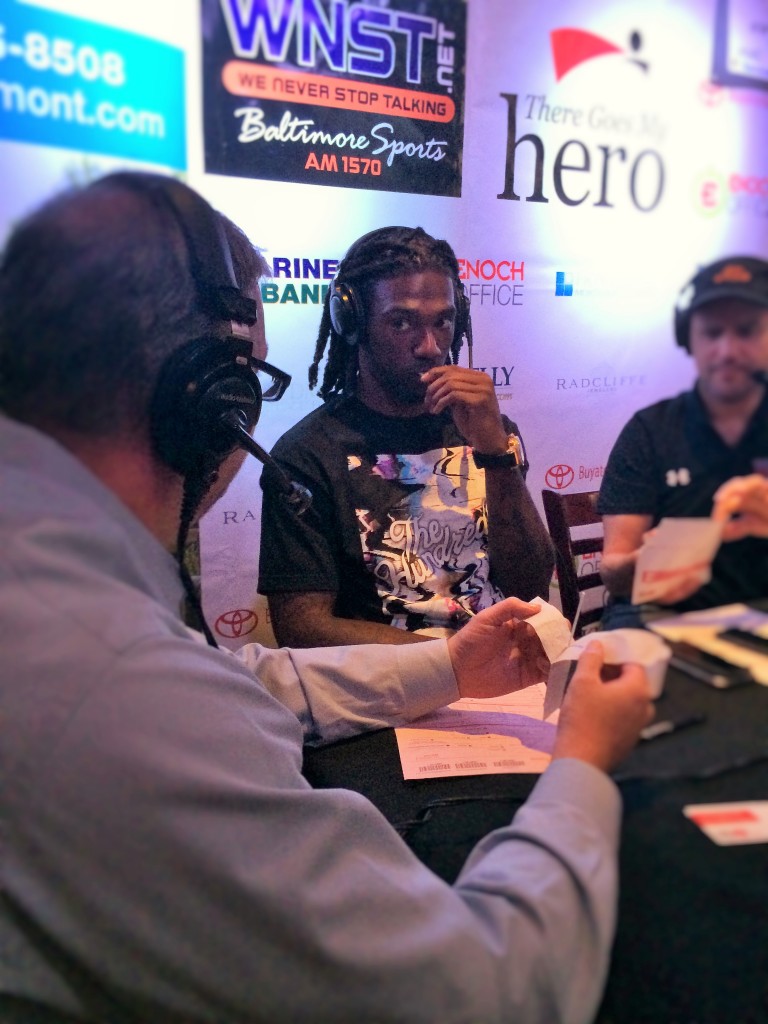 Marlon Brown of the Baltimore Ravens

While Erik was on air with Nestor, Marlon Brown decided to get on the registry!  As if catching game-winning touchdowns from Joe Flacco isn’t enough, Marlon is now ready to save a life.

And speaking of Joe Flacco…. We’ll be swabbing with the Raven’s Quarterback on Tuesday, June 24th from 8pm to 10pm at the Padonia Ale House. Get swabbed if you’re not on the registry! Or just come hang out and support There Goes My Hero and leukemia survivors.

Listen to the interviews Nestor “Nasty” Aparicio has had with There Goes My Hero founder Erik Sauer.